We went to everyone’s old favourite seaside state, Goa with Akhila and Aditya for a shoot. Goa is situated on the Konkan coast of India and is a hub of beaches as well as dense vegetation. Goa is also very popular with tourists, because of which it is difficult to find quiet places here. But we were able to find a beach which was mostly empty and untouched by the crowd.
Palm trees lined its shore, almost spilling into the mystically blue ocean. To catch soft light and shoot in golden hours we arrived early in the morning.
The beach had one half towards land covered with dense greenery and the other half towards the sea, all sand. We began with few pictures in the grass and trees surrounding the sand. We then progressed towards the fisherman’s boats and red rock formations on the beach. But we were not satisfied. The magic of shooting was missing. We still hadn’t got our shot of the day and soon it would be time to return.
So we did a quick search on the GPS and found a rock formation going into the sea. It seemed challenging to get our couple Akhila and Aditya there for some quick aerial shots. But we managed and the result was this! 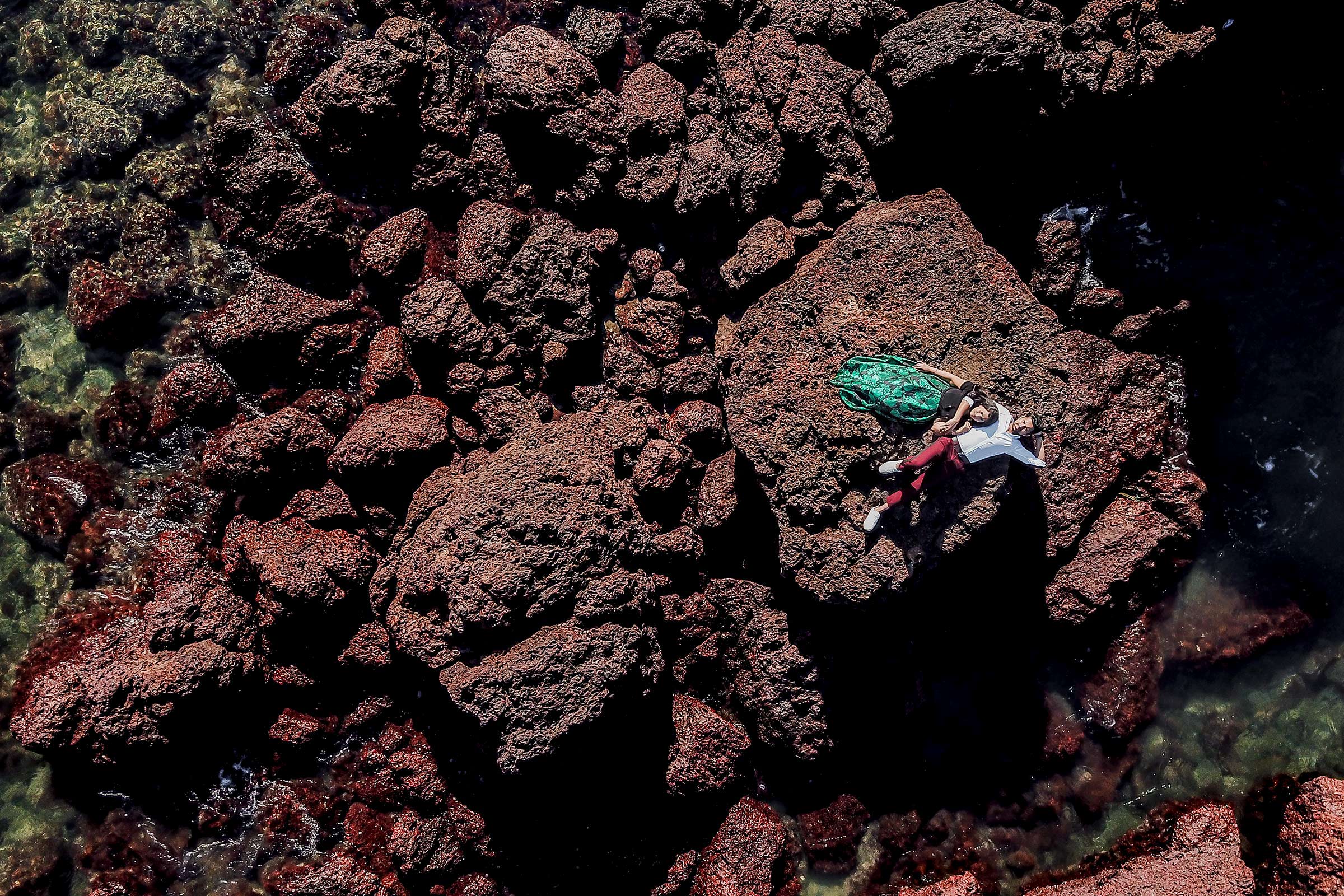 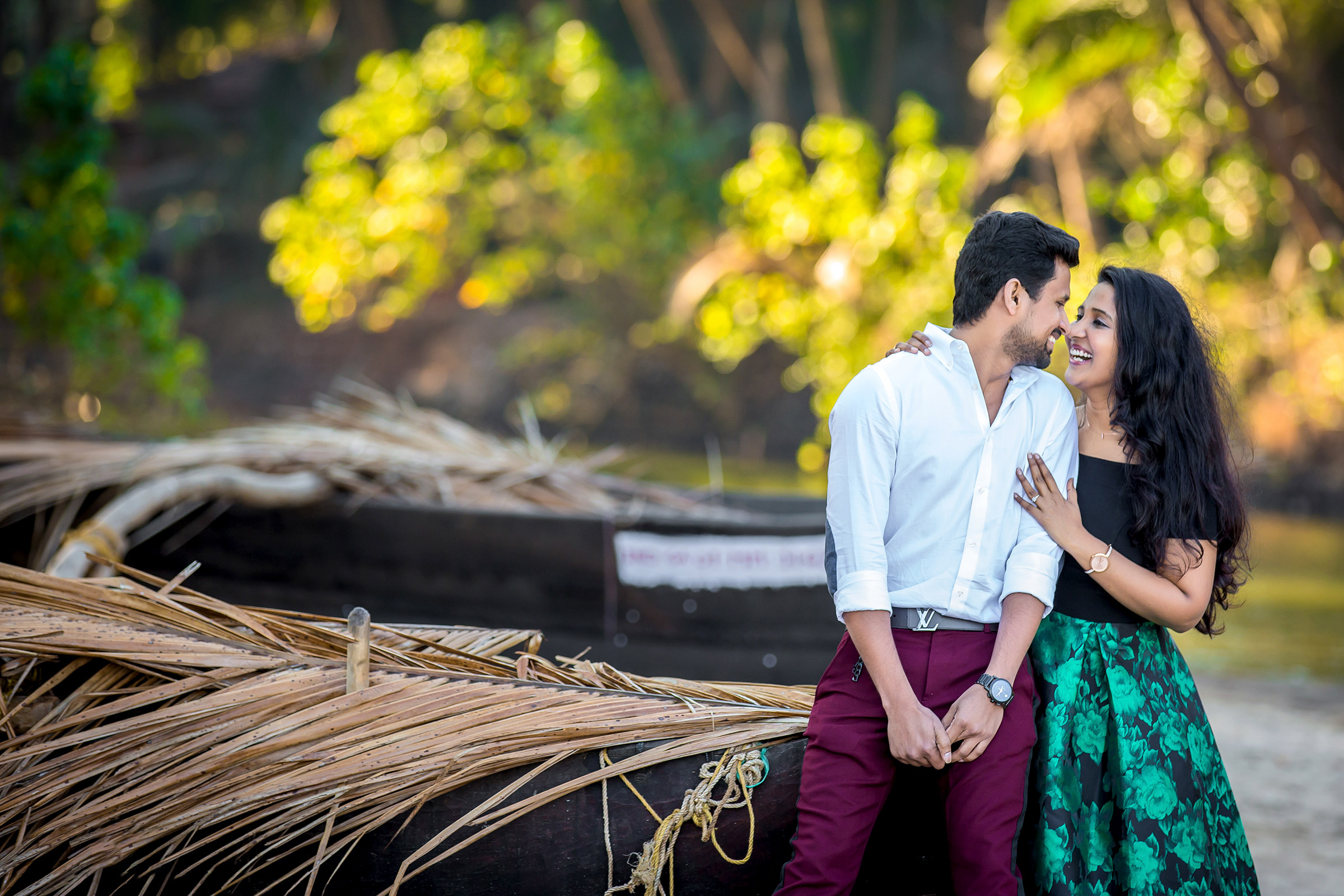 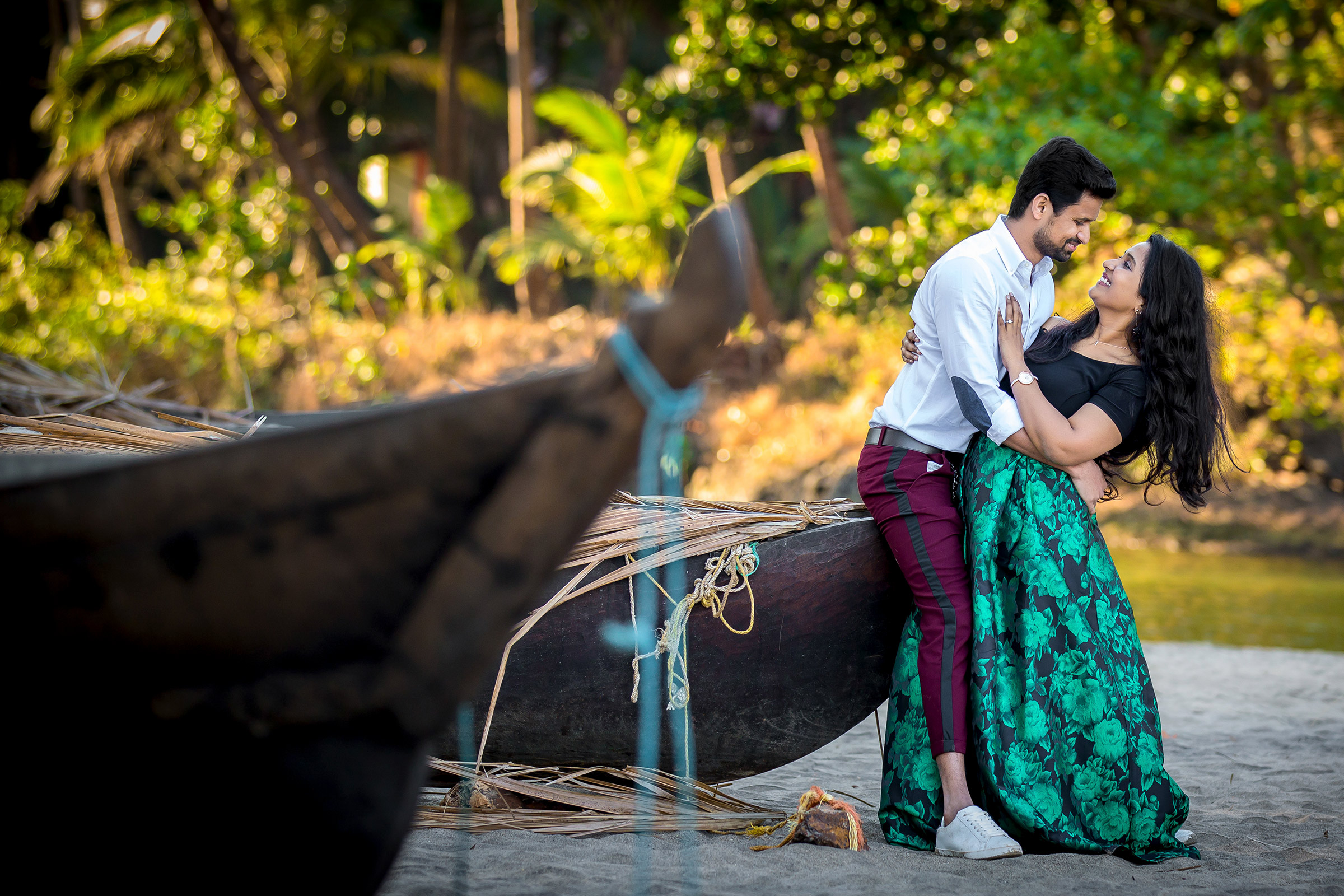 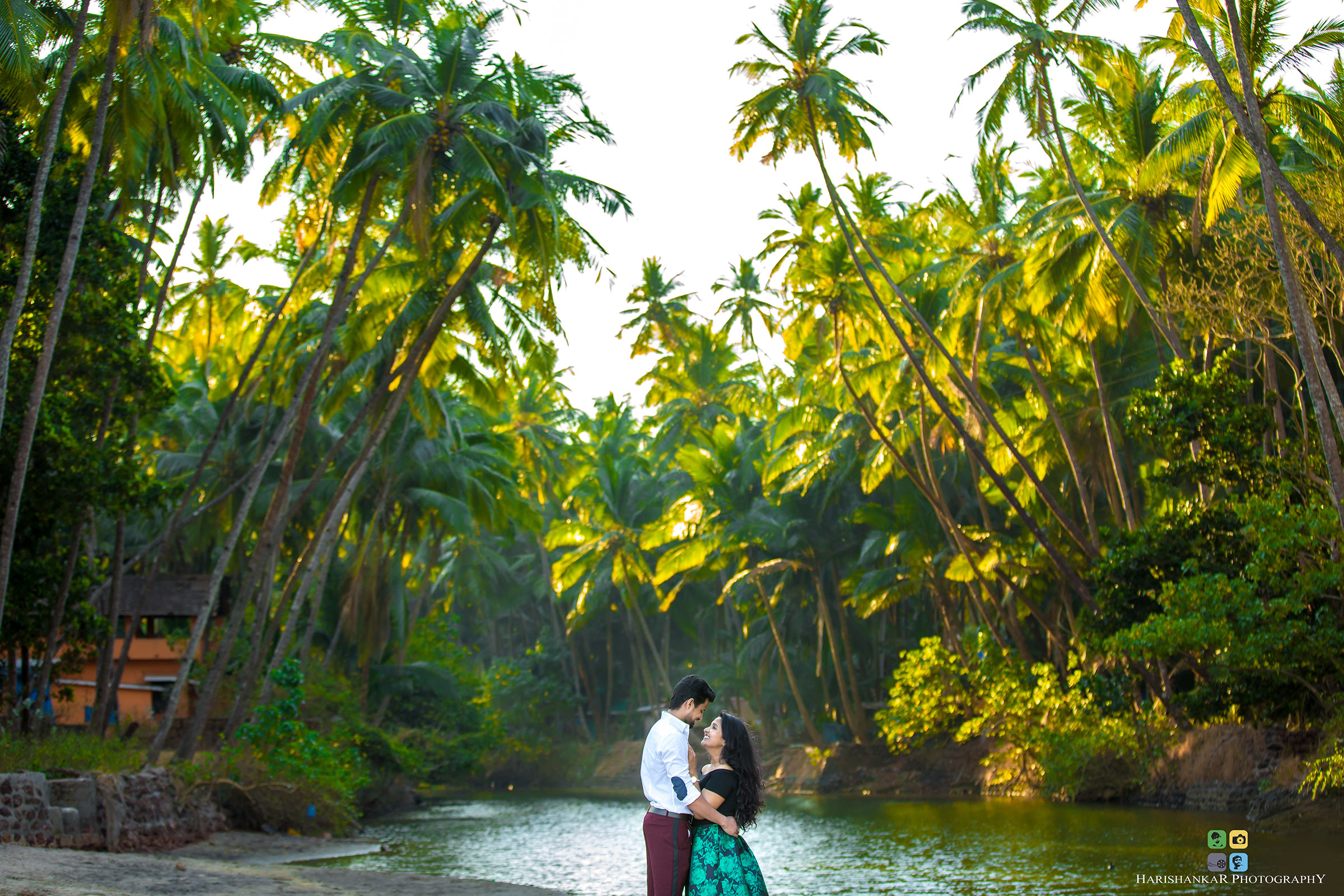 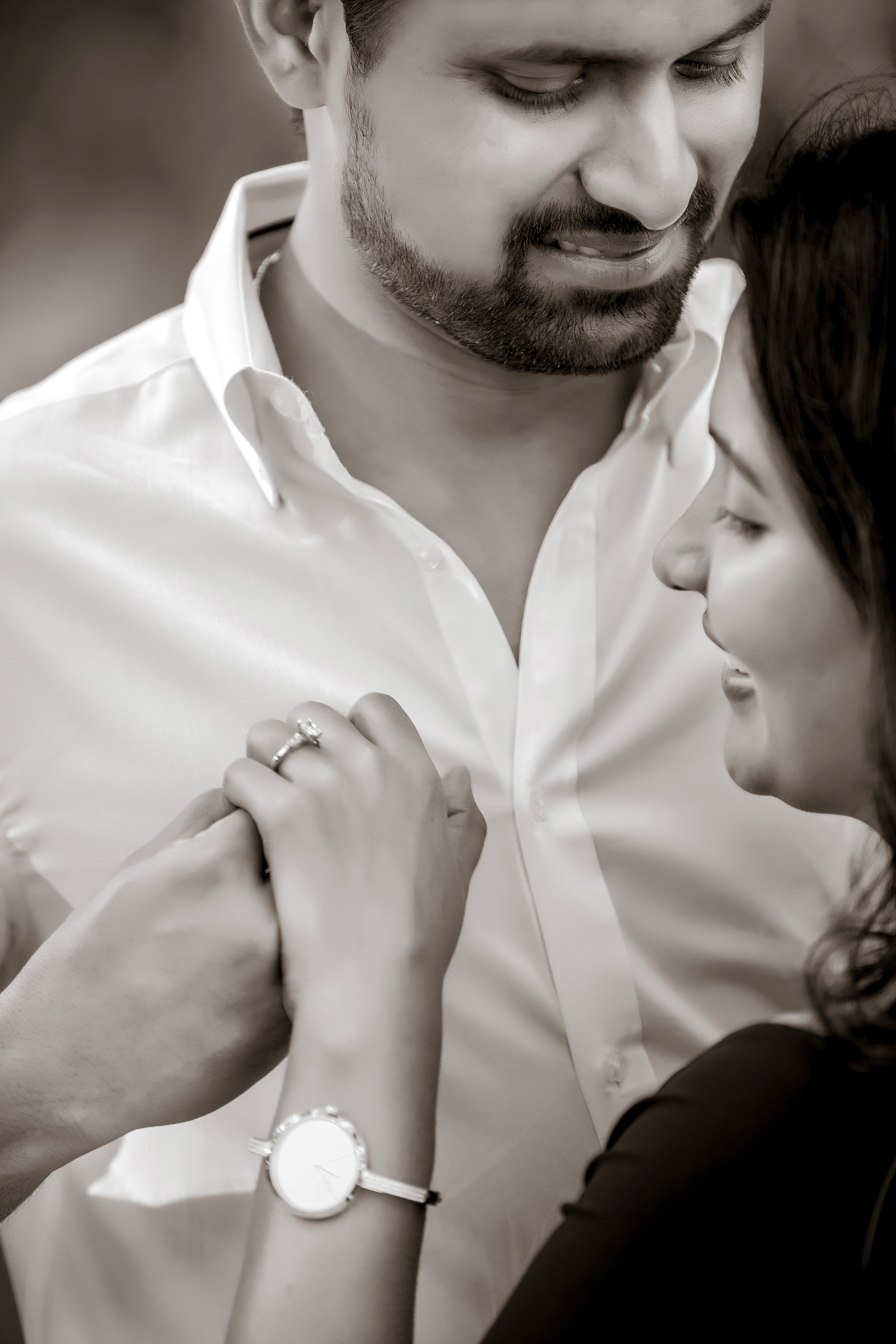 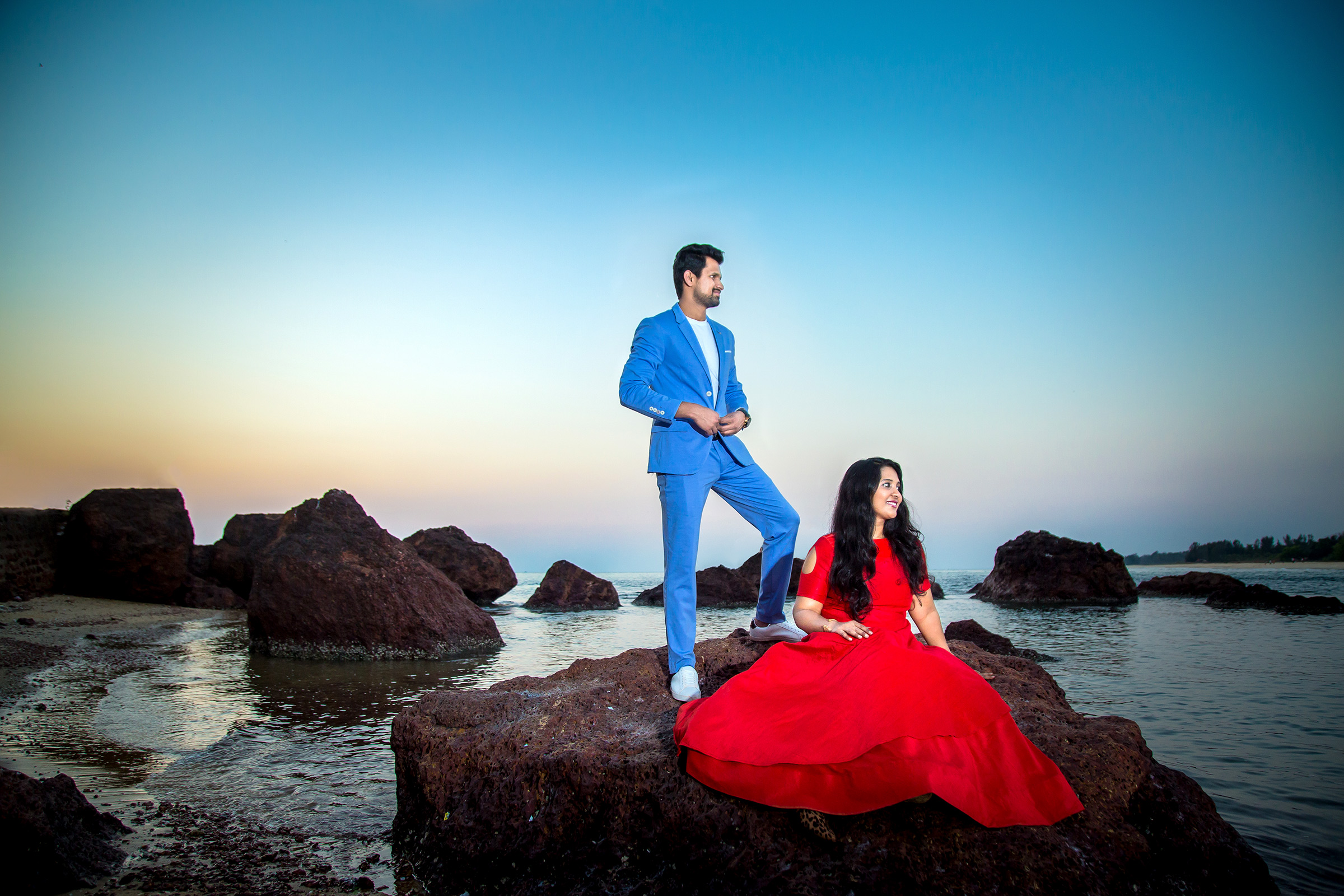 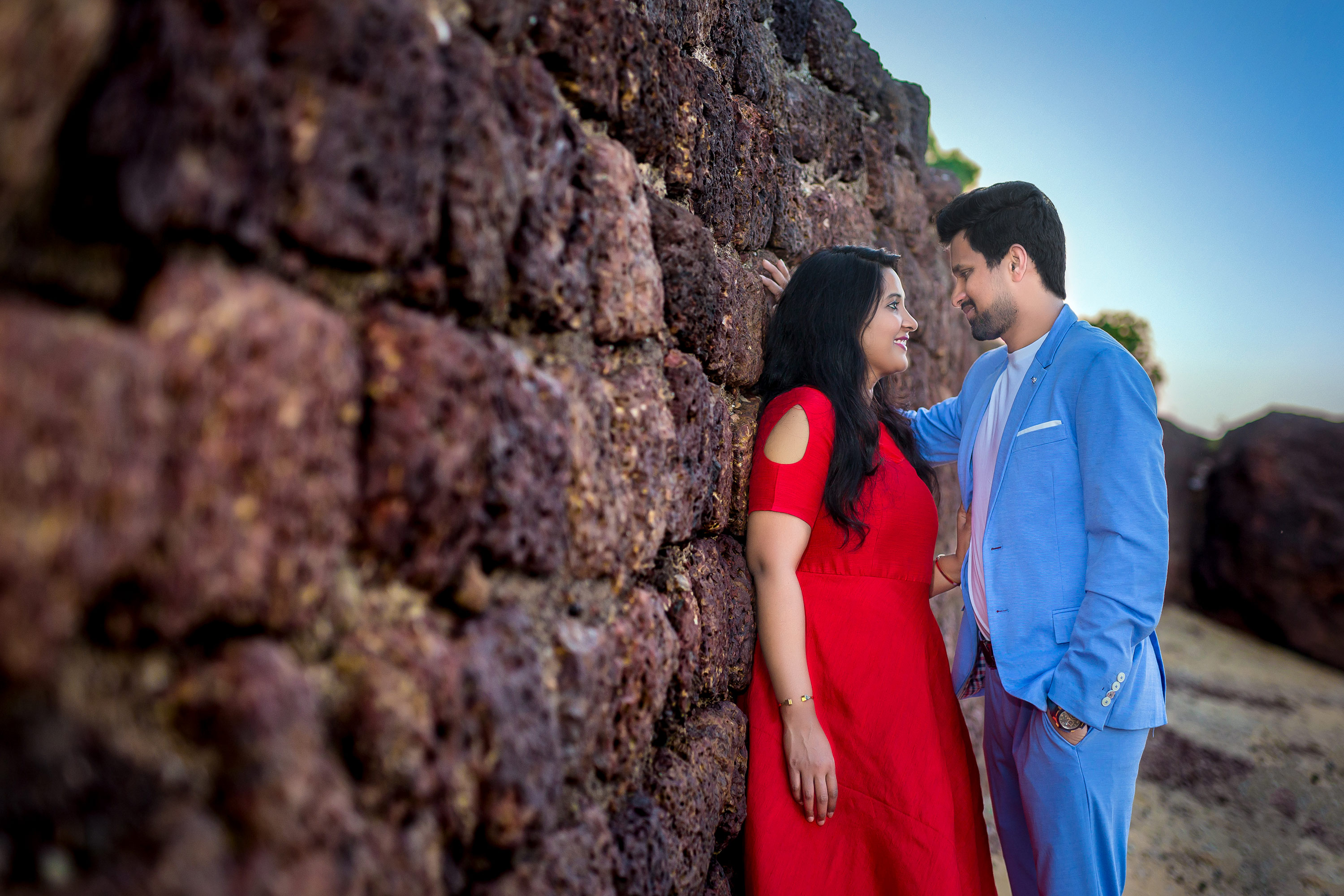 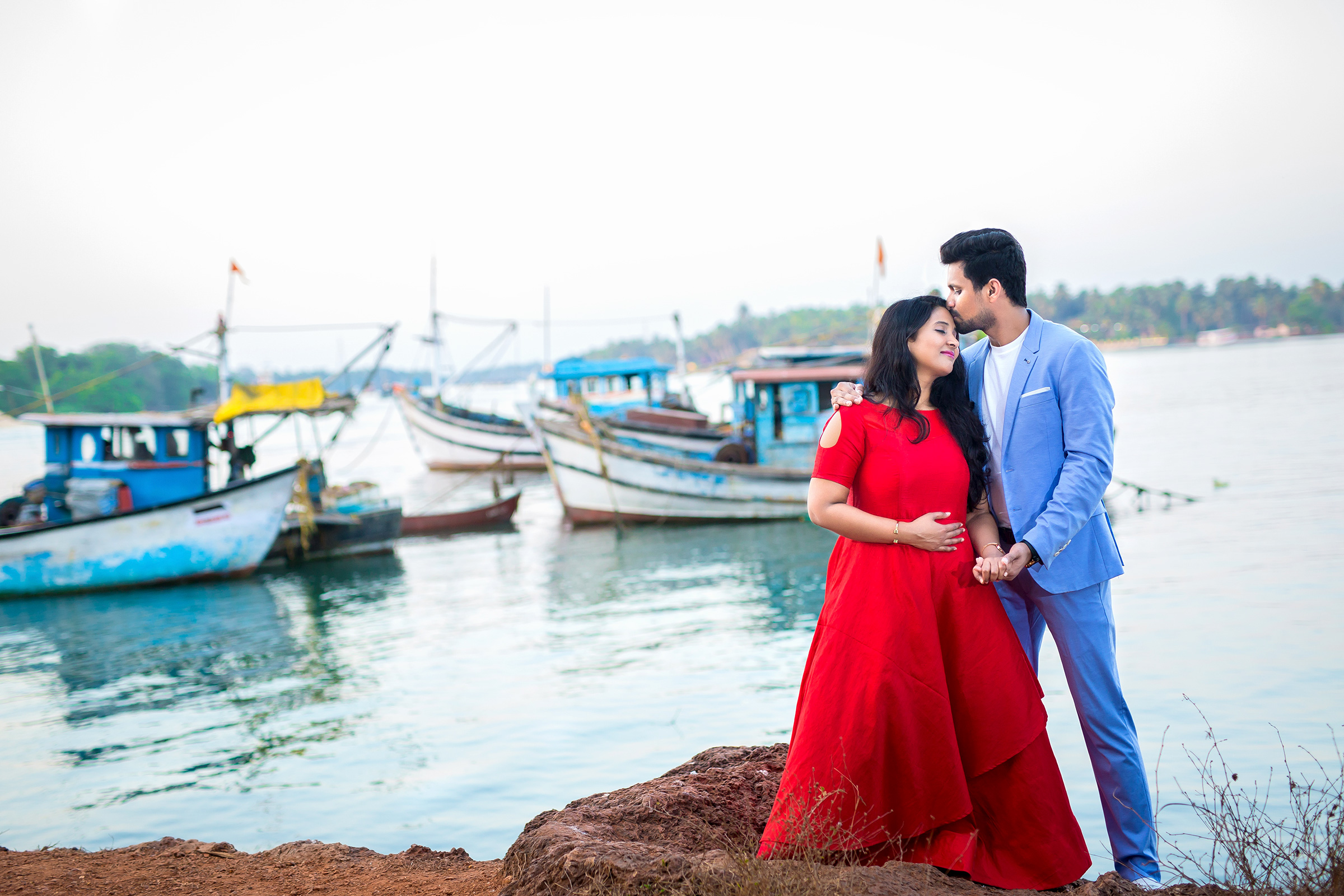 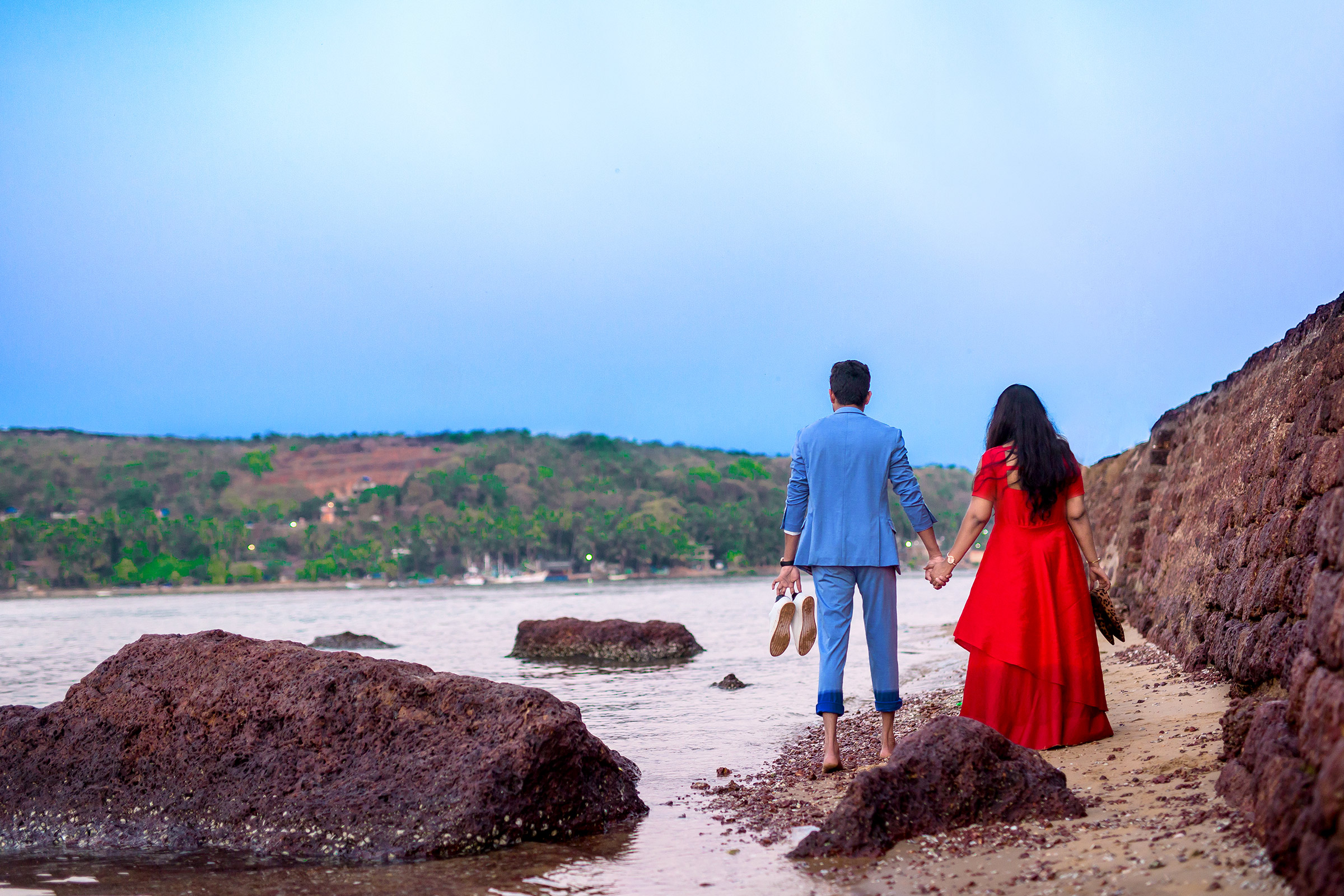 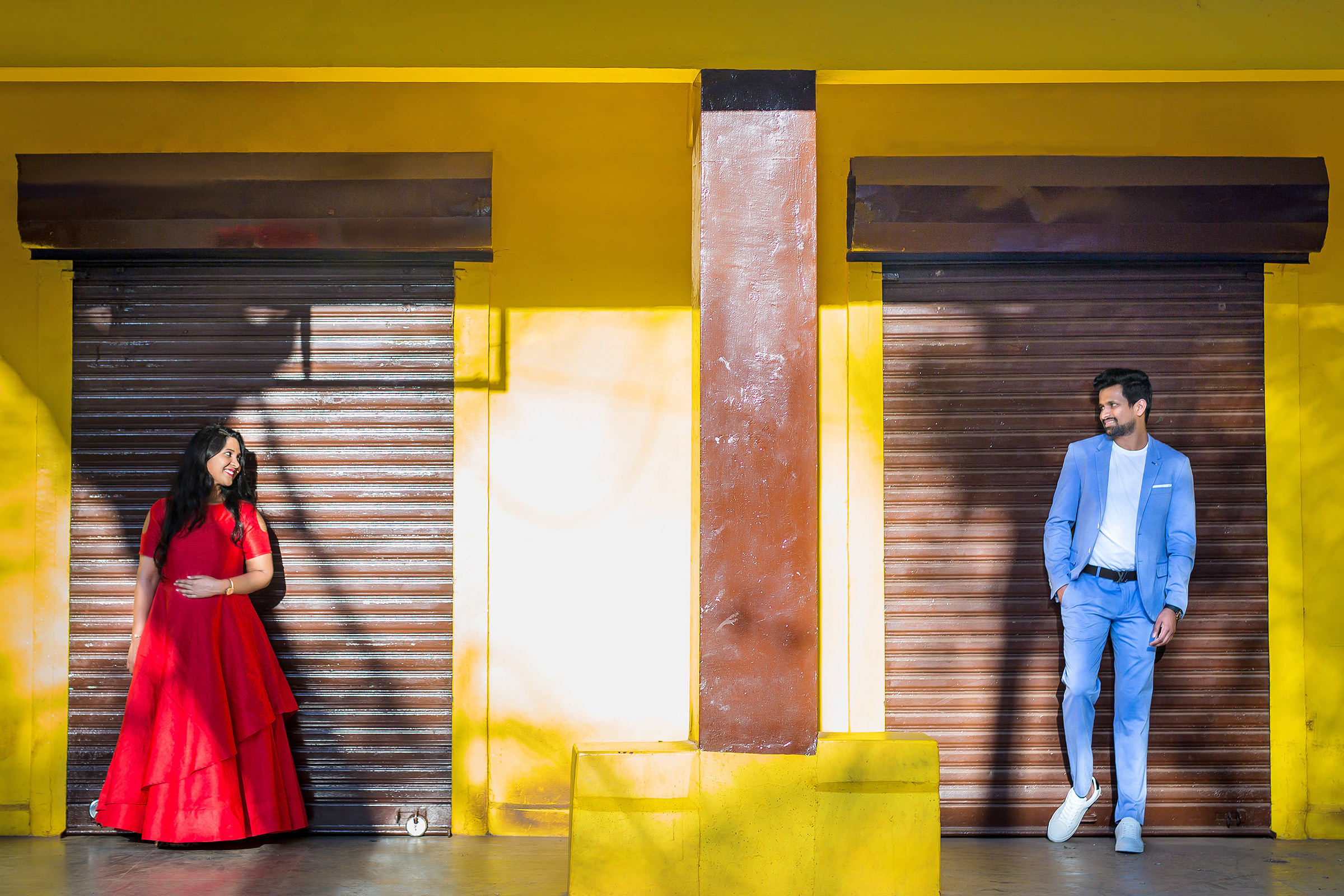 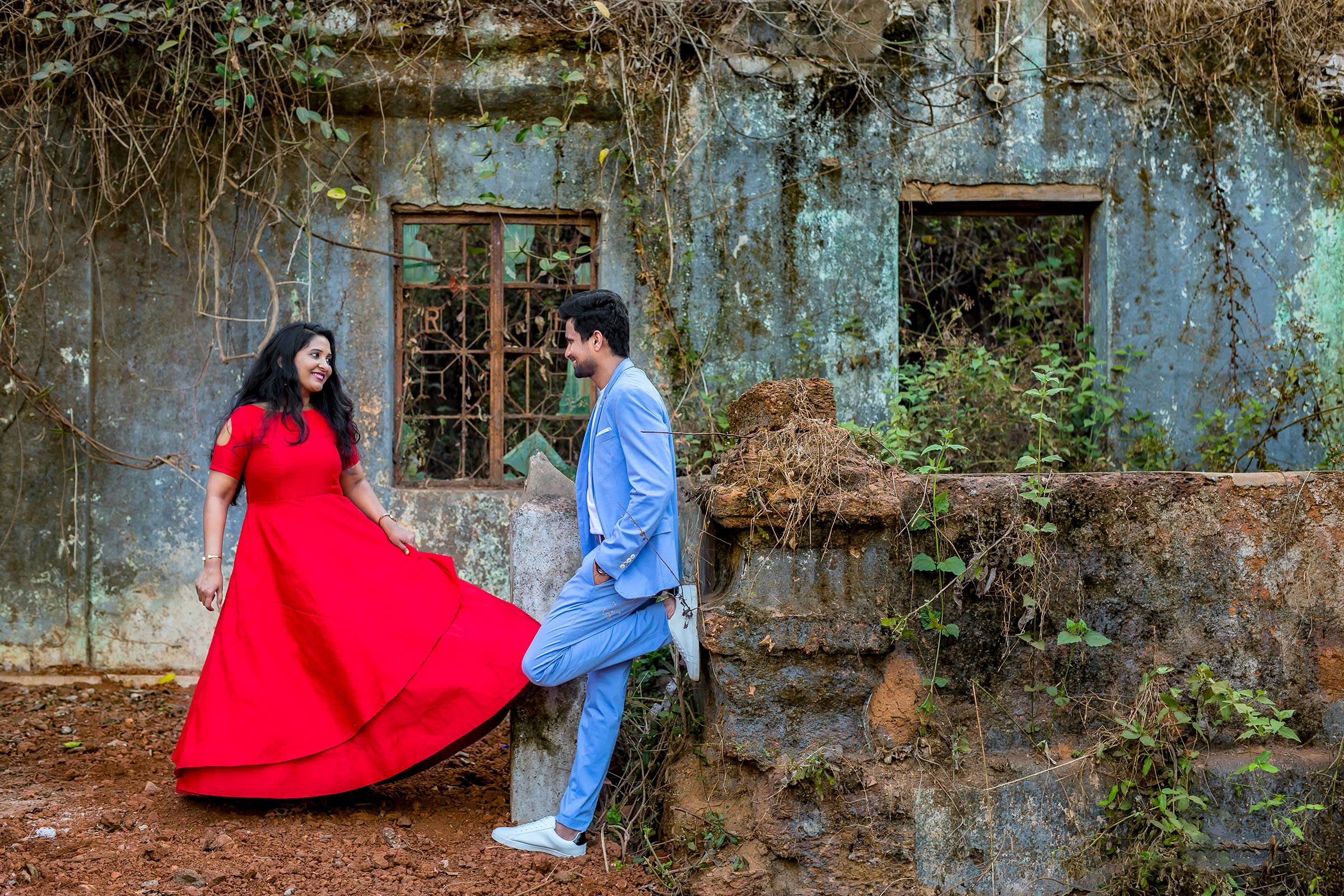 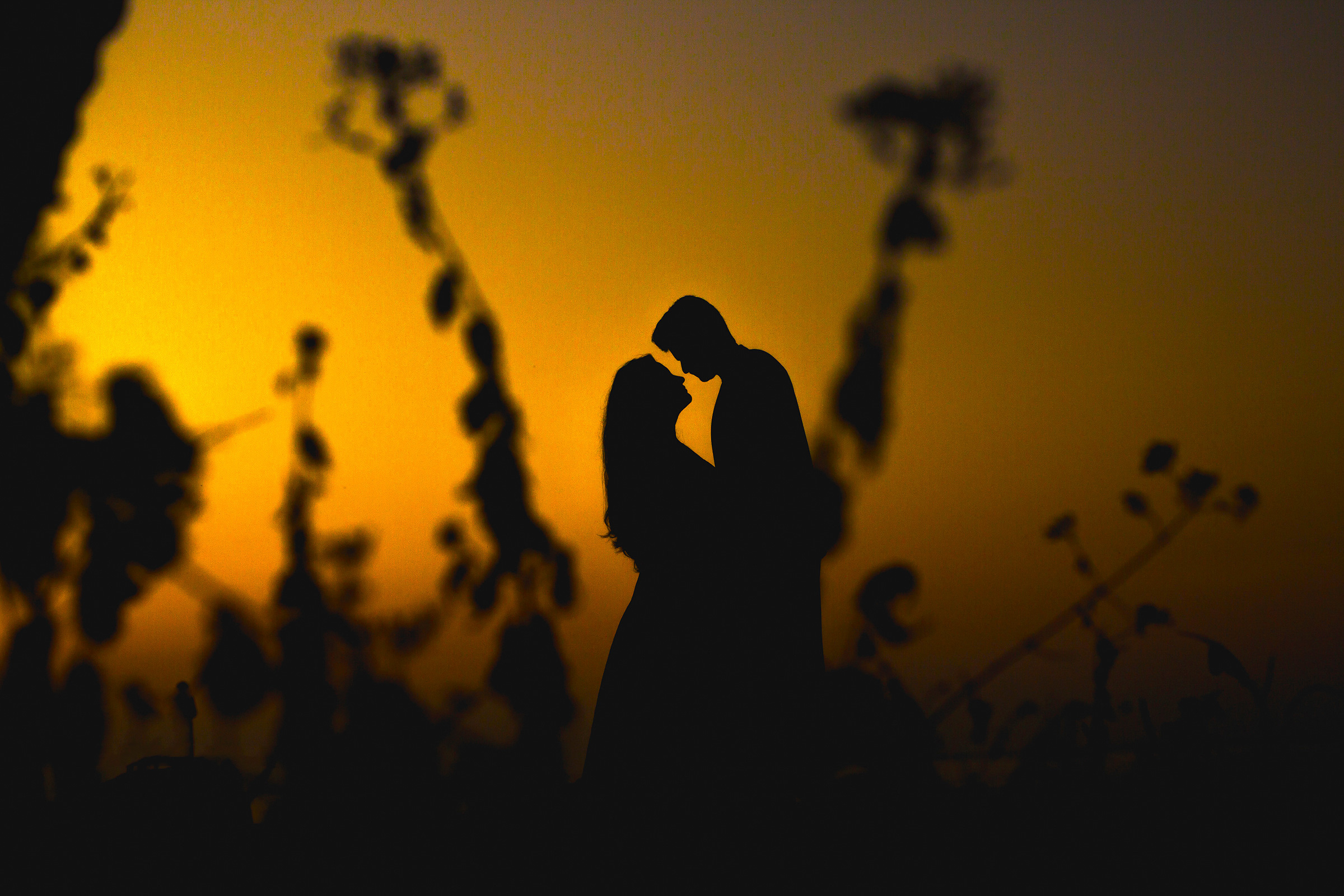 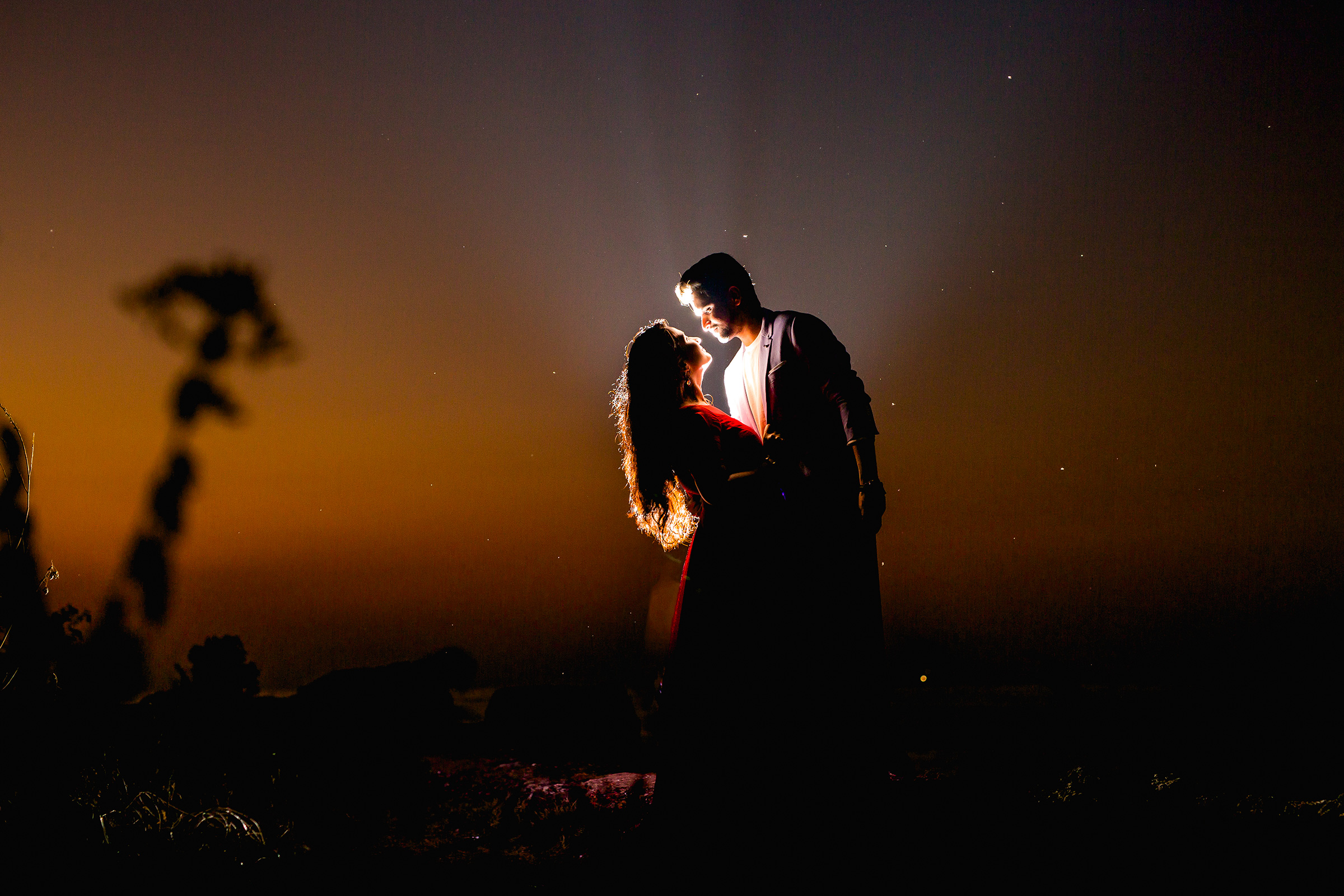 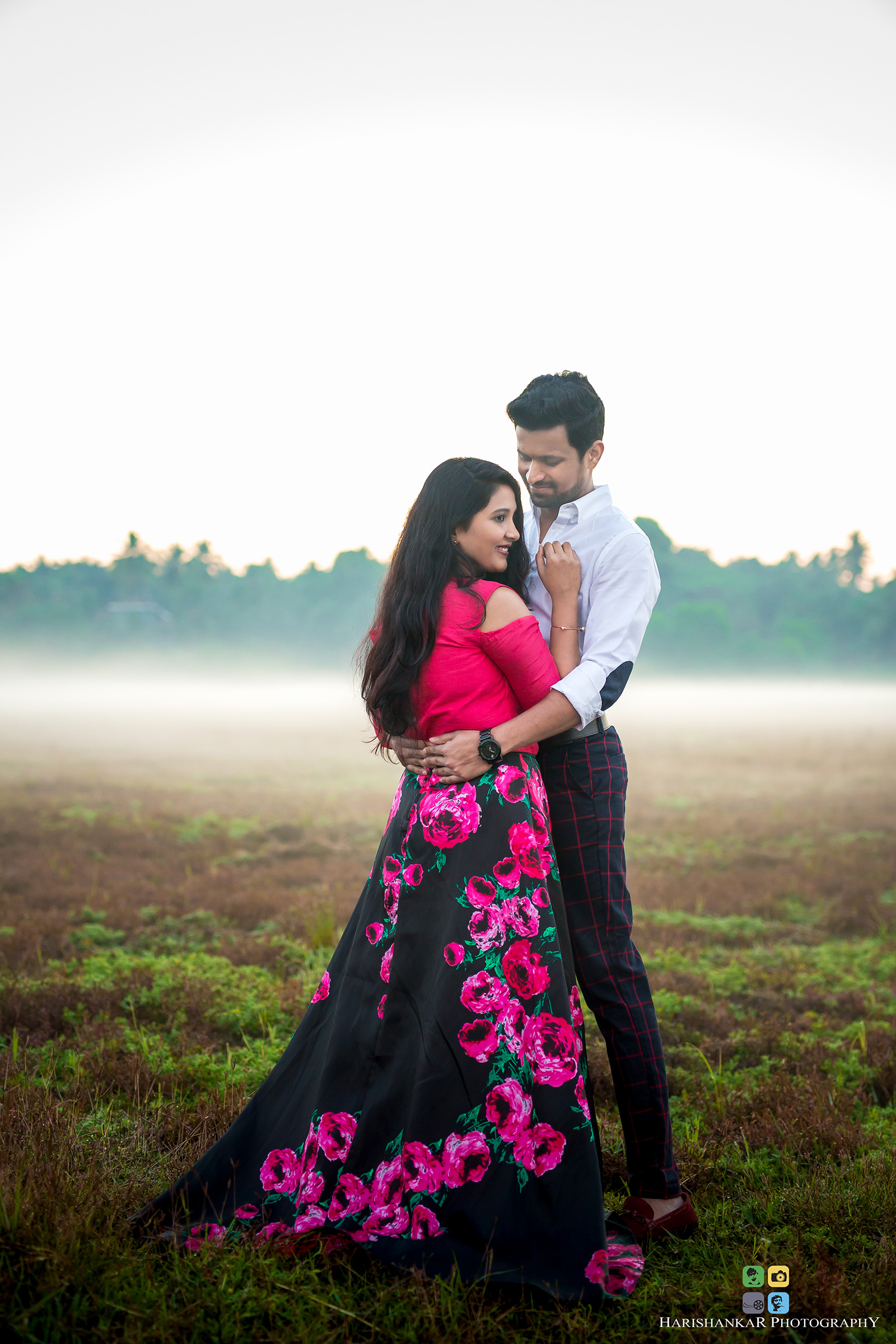